Creatures of the night - Baillon's Crake 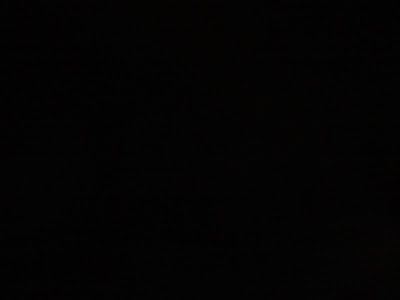 Learn to reverence night and to put away the vulgar fear of it, for, with the banishment of night from the experience of man, there vanishes as well a religious emotion, a poetic mood, which gives depth to the adventure of humanity. - Henry Beston - *


Last night we (Rein Genuït, Remco Hofland and I) did some nocturnal birding. Birds at night is something completely different from birds by daylight. It's a whole new dimension, which I discovered about 10 years ago, when I helped as a ringing assistent on a project for Corncrakes Crex crex. First of all you have to get used to the fact that there's no or hardly any light. Your eyes are useless, it's your ears that count! Although this looks obvious, it took me some time to get used to this idea. Even up to now, you can find me wearing my binoculars by night, even when it's pitchdark and impossible to see anything. I'm probably still in denial...
Our main goal this night, was to hear some of the recently reported Baillon's crakes Porzana pusilla. Baillon's crakes are beautiful birds, but they are very hard to see, at least in the Netherlands they are. If people see one, it is often a glimpse, like in this youtube movie:
http://youtube.com/watch?v=08GJg8MxpPI
You have better chances at night. You won't see them but you will hear them. Their calling activity is higher at night, like most raills. I never saw a Baillon's crakes and they are rare in the Netherlands: Between 1800 and 1997 there were at least 93 sightings in the Netherlands (but I wouldn't be surprised if numbers of sightings were higher). In 2005 there were at least two confirmed succesfull breeding attempts (where young birds have been seen) in "Polder Achteraf" and in the "Nieuwe Keverdijkse Polder". This was the first time since 1972 that breeding was confirmed. 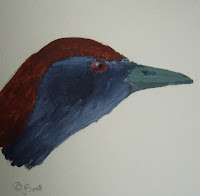 Apart from the confirmed breeding records in 2005, there are a few historic reports of breeding Baillon's crakes in the Netherlands (about 15 between 1863 and 1972) and I think I have also heard of eggs and nests in old English museum collections that were once collected in the Netherlands. At the time these eggs and nests must have been collected there were not as many people concerned with birds as nowadays but still they managed to collect nests and eggs of this illusive species. These old records (if they really do exist and if they are correctly tagged) might therefore suggest that Baillons crakes used to be a commoner breeder in the Netherlands. Baillon's crakes are of least concern according to IUCN criteria, they have a large distribution in Europe, Asia, Africa and Australia. The African and Australian population is resident, the European and Asian population are migratory. Although the world's population is probably large, there's to my opinion a need for more research. The migration routes and the population size is not well known. This bird is one of the least known birds in Europe, mainly due to it's illusive lifestyle. The European population is very scattered and as far as I know they are nowhere abundant. The population may have declined, and if so, it is probably due to habitat destruction. They are very illusive in their breeding territories and are maybe commoner than we think because birds get overlooked. On the other hand, their calls can sometimes be confusingly similar to frogs or a Garganey, so some of the identifications from the past might be wrong and numbers could be even lower. Beaman and Madge for example, warn in their book "the Handbook of Bird identification for Europe and the Western Palearctic" for published sound recordings of this species that were in fact recordings of frogs!
If you like to read more about them, this site is a good starter'and off course Wikipedia.


We heard the two of the reported birds of Polder Achteraf in Breukelveen in the province of Utrecht. It was a strange experience, standing there at night, in the middle of nowhere with your hands behind your ears to be able to listen even better, with about ten other birdwatchers. We heard frogs everywhere, two grasshopper warblers, a Mole cricket and a Waterrail and then we heard the Baillon's crakes callinig. Apart from the joy of listening to this species (for Rein it was even a lifer), we also came to hear the specific calls these birds were making. They were not producing the usual male advertising calls *, but made a strange and interesting sound *. I recently found out through the Waarneming.nl forum that in 2005 some Dutch birdwatchers were confronted with a call they suspected to be of a Baillons crake, but nobody knew for sure if it was really that species. They recorded the sound* and when they played back the call, all of a sudden a Baillon's Crake showed up, they were even able to film the bird. They had lured the bird with the sound they had recorded and were able to pin this sound to the species. At least in 2005, 2007 and this year the same call was heard at Polder Achteraf (it was also recorded and compared to the Friesian recordings). Rumours are, these calls might be of female birds, but this needs to be confirmed. There's still so much for us to discover, especially in birdsounds and most of all in nocturnal birdsounds!

I ended this night with a Savi's warbler singing on my newly discovered local patch and with two very nice Hedgehogs of which this is one: 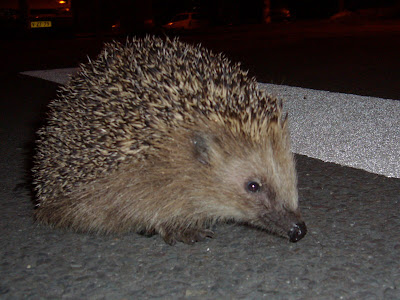 * (I'm not so much into quotes, I'll be honest to you, I got the Henry Beston quote through this website: http://www.quotegarden.com/ To be even more honest, I'm always a bit annoyed about those webpages that start with quotes. So my humble excuses to the people who feel te same. But I liked this one and since I didn't have many pictures and since I had to start with something I fell in the trap and used it anyway.... so I wouldn't be surprised if you'll find more quotes on my blog in the future... )

*The soundrecording of the "strange and intersting sound" of a Baillonscrake was recorded on the 1st of June 2008 by Mathias Ritschard and can be found on the http://dutchbirding.nl/ website. Click in the left menu on "sound gallery" and search in the gallery for Baillons crake ("kleinst waterhoen" in Dutch).


*The sound recording of a usual male advertising call was made by Teus Luijendijk on 22nd of June 2004 and can be found on the http://dutchbirding.nl/ website. Click in the left menu on "sound gallery" and search in the gallery for Baillons crake ("kleinst waterhoen" in Dutch)


*The soudrecoring of 2005 is from Dusan Brinkhuizen and can be found on the http://dutchbirding.nl/ website. Click in the left menu on "sound gallery" and search in the gallery for Baillons crake ("kleinst waterhoen" in Dutch)
Gepost door wouter op 04:47